In Sanskrit word yoga called as Yuj which means “to add”, “to join” or “to attach”. It is a combination of physical, Mental and spiritual practices which is introduced in ancient India. In Hinduism, there is a many numbers of the variety of yoga schools, institute, practices and goals. In Rigveda, the origin of yoga has been speculated to date back   to pre-Vedic Indian traditions. 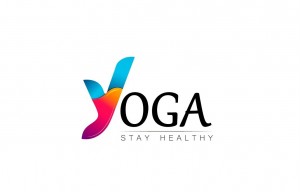 Yoga is a science based on immutable the law of nature. The founder of the Yoga philosophy was Patanjali Maharishi, who was not only a philosopher and yogi but a physician as well. Yoga teaches us how to combine the cosmic and universe. Yoga is the Science that disentangles the soul from the exceptional world of sense objects and links with the infinite, whose inherent attributes are absolute Bliss, Supreme Peace, absolute Knowledge and unbroken Joy.

Yoga is the part of peace wherein this neither depression nor imagination yoga helps to control your mind and relax of mind. It converts the flagrant nature and attains the state of Divinity. It is the complete abolition of the tendency of the mind to transform itself into the formation of mental objects.

Yoga helps to remove all the pains, depression and misfortune. It gives you freedom from the round of births and deaths, with its concomitant evil of disease, old age, etc.

There are many numbers of yoga:- 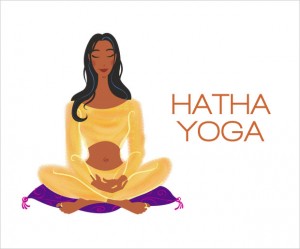 Hath yoga is an old system includes the pranayama. This yoga helps to bring peace to the mind and soul and increase the concentration power for meditation. The word Hatha means “sun” and “the moon” It is a basic form of yoga. It is easiest yoga to learn and practised it is going become very popular day by day. It includes Asanas(postures), Pranayama, meditation into a complete system. The best way to practice the Hatha Yoga is to approach the calm and peace of the practice. It is an understanding of mechanics of the body, it helps to create a certain atmosphere and using body postures in a specific direction.

Vinyasa means movement synchronized with breath and its powerful way           based on the rapid flow through sun salutations. It is a flow yoga practices     from      one posture to next posture. Vinyasa Yoga creates by the flow which links the  breath and movement together like the dance. In one pose you can’t live for long    time change posture next to next it raises the heart rate.

Ashtanga yoga is the practicing in a flowing way for build internal heat in each pose. Ashtanga yoga means “eight- limbed yoga” path of internal purification such as- Yama, Niyama, Asana, Pranayama, Pratyahara, Dharana, Dhyana, Samadhi. In this yoga, the same pose performs in each class in same order. Ashtanga yoga starts with five repetitions of “SURYA NAMASKARA” it is repeated five times in a standing sequence. There is five series of Ashtanga yoga primary, Intermediate, Advanced 1 and Advanced 2. It is synchronisation of the breath with a progressive series of posture. It produces internal heat and a purifying sweat that detoxifies muscles.

Bikram yoga synthesised from traditional hatha yoga techniques. Every yoga classes conduct for 90 minutes for 26 postures including breathing exercises. Bikram yoga classes conduct in 40 degrees Celcius Cheated room for practised that’s why it is called hot yoga also.  Scientifically it has been proved that in 90-minute classes women burned 330 calories and men 460 per session. Every posture stretched the muscles, ligaments and joints needed for the next posture. In this yoga postures combine skills of patience, self-control, concentration, perseverance which helps to reduce the mental stress, and burden and also helps for flexibility, strength and balance. 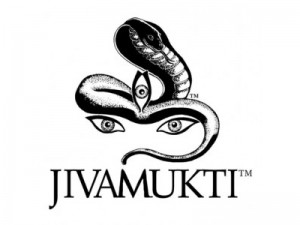 Jivamukti is a combination of physical, ethical, mental and spiritual practice. Jivanmukti yoga is expressed through five principles such as Ahimsa, Bhakti, Dhyana, Nada, and Shastra.

It is created in New York in 1984. It is a combination of Hatha and vinyasa yoga practice and physically strong and intellectually stimulating of yoga. It includes chanting, meditation, scripture, asana, pranayama for a people who want a workout. This yoga practice is inspiring and create deep relaxation.

This yoga useful for calm, balance and inner silence in your body and mind. This yoga is opposite of Ashtanga and poses held for several minutes at a time. In this yoga takes longer periods pause in every pose with the help of props so your body can release into the posture instead of actively flexing or engaging the muscles like meditation. Yin Yoga can do people who need to stretch this is not recommended who are extra flexible.

Lyenger yoga is about precision and body’s alignment and breath control, in each posture, using props like- wooden, blanket, gadgets, belts. This yoga helps to integrate the body, mind and emotions, strength, stability, and unite the body, spirit and mind, and well-being. In this yoga mainly focus on the structural alignment and physical body pose.

Restrorative yoga provides relaxation and rest through the four to five pause posture using props. It makes feel deep relax without any workout through the slow exercise practice with long hold of the body. For pausing posture use variety of props like- blankets, yoga blocks for support of body for posture. Like- seated forward folds, gentle backbends, corpse pose etc. this posture give rest and connect with nature, meditative. Restorative yoga is about your breath and body alignment the physical and mental through the gentle pose for a long periods of time.

Anusara yoga means the “flowing with your heart” based on philosophy with universal principles of alignment. In this yoga people enjoy exercise practice and experiencing bliss. Anusara yoga makes the body more flexible and heals injuries faster, peaceful, and joyous.

Kundalini yoga is different from other yoga physically and mentally it is used for self- awareness. It bringing you a higher level of self- awareness. This yoga focus on awakening energy through the pranayama, singing, meditation, chanting, mantra. Kundalini yoga increase the will power, breaks bad habits and provide positive energy, physical vitally and increase consciousness.

Everyone is interested in who they are and where they are headed. Astrology can be used as a guidepost on our journey to ourselves and to our future. Through the synchronicity of the cosmos and the magic of this ancient art/science our soul journey is revealed. In my readings I examine the natal chart and current transits and progressions to uncover the energies of one's true self and one's future. I do not believe there are any "bad" aspects or "bad" planets, but rather all the planetary and aspect energies can be used In my readings I look both at a client's potential as indicated in the natal chart and at present and future energies and opportunities. I am happy to focus on a particular question or area of life as requested.
Previous Pranav Pranayama
Next Tips of Yoga

Bhramari pranayama is very effective in instantly calming your mind down. It is one of ...