Vinayak Bhatt has successfully completed 25 years in Vedic Astrological Practices. Born and brought up in a Brahmin family, he has been deeply associated with astrological practices throughout life. He considers himself to be lucky to have been under the guidance of 11 well known names of Indian astrology and considers his father “Pt. Bheemsen Bhatt” has his Guide and Guru. He is a true believer and follower of “His Holiness Maharishi Mahesh Yogi”. 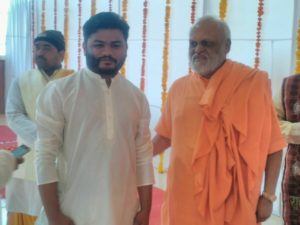 Astrologer Vinayak Bhatt is a highly learned personality and has pursued his studies in MCA and has also completed the studies of M.Sc (Yoga & Human Consciousness). His love for knowledge and hard work led him to be associated with top Multinational Giants and led him to work with companies as a software developer. “Vedic sciences have shaped up my personality and has played a significant role in my entire childhood. It is supreme, divine and powerful” are Vinayak Bhatt’s beliefs.

He has completed the research work in a variety of topics in Vedic Sciences, he has researched on a variety of topics like Vedic Science of Yagya as a healing technique in Vedic Astrology and Gemstones and their effects on Human Physiology and Consciousness and has been applauded for them. His researches and works are considered vital and have produced astonishing results. He has helped to find a cure for many diseases with the help of astrology that does not hold a cure in medical sciences. Astrologer Vinayak Bhatt’s has toiled whole life to find gaps that could be filled with the help of astrology and Yoga.

Everyone is interested in who they are and where they are headed. Astrology can be used as a guidepost on our journey to ourselves and to our future. Through the synchronicity of the cosmos and the magic of this ancient art/science our soul journey is revealed. In my readings I examine the natal chart and current transits and progressions to uncover the energies of one's true self and one's future. I do not believe there are any "bad" aspects or "bad" planets, but rather all the planetary and aspect energies can be used In my readings I look both at a client's potential as indicated in the natal chart and at present and future energies and opportunities. I am happy to focus on a particular question or area of life as requested.
Previous Microsites
Next Astrologer Vinayak Bhatt 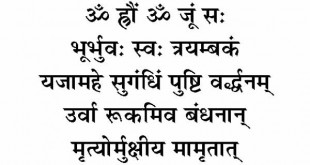