The Matsya Purana  is one of the eighteen major Puranas (Mahapurana), and among the oldest and better preserved in the Puranic genre of Sanskrit literature in Hinduism. The text is a Vaishnavism text named after the half-human and half-fish avatar of Vishnu. However, the text has been called by the 19th-century Sanskrit scholar Horace Hayman Wilson, “although a Shaivism (Shiva-related) work, it is not exclusively so”; the text has also been referred to one that simultaneously praises various Hindu gods and goddesses. 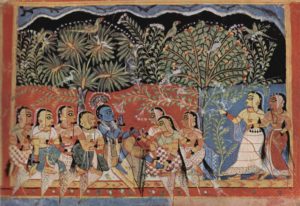 Everyone is interested in who they are and where they are headed. Astrology can be used as a guidepost on our journey to ourselves and to our future. Through the synchronicity of the cosmos and the magic of this ancient art/science our soul journey is revealed. In my readings I examine the natal chart and current transits and progressions to uncover the energies of one's true self and one's future. I do not believe there are any "bad" aspects or "bad" planets, but rather all the planetary and aspect energies can be used In my readings I look both at a client's potential as indicated in the natal chart and at present and future energies and opportunities. I am happy to focus on a particular question or area of life as requested.
Previous Markende Puran
Next Microsites

Brahma Purana  is one of the eighteen major Puranas genre of Hindu texts in Sanskrit ...