Yoga is a discipline aimed at training the consciousness for a state of perfect spiritual insight and tranquility. It is a system of practices meant to promote and control the body and mind. It is said that knowledge of yoga is needed for the efficacy of the mantra. If the devotee would keep himself fit and maintain his diet, he would never fall ill and could complete his puraschuran. 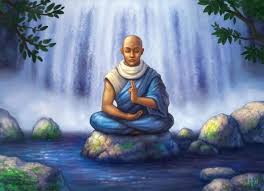 While practicing the mantras our saints explored that yoga is an important part of the mantra shastra. The details of this could be explored in yoga tantra in which some principles are laid down to be followed. However, there are eighty-four aasanas in yoga. It would be difficult for us to describe all the aasanas . Here we are explaining only those which are useful for our readers so that they could reap full benefit through them.

The devotee is advised to follow the steps as indicated in the yoga tantra for prayer, recitation of mantra, and attaining siddhi of the mantra. This process is described in ashtaang yoga. The efficacy of the mantras depends on power to control the desires and five senses which could be attained through yam. The other pillar for efficacy of mantra is niyam (regularity) which could be achieved through yoga only. They are very much part of ashtaang yoga. 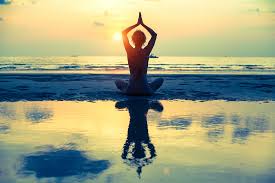 There are five states of human mind which are known as Ksipta, Mudha, Viksipta, Ekagra and Nirodha. Ksipta, is a very agitated and disturbed state of mind. Mudha is a state of mind that is comparable to that of a fool. Viksipta is when the mind is in disturbed state, but is able to think. Ekagra is a state Here one is able to focus in one direction. This state is closer to the Nirodha state. Nirodha is a state where the mind is completely absorbed one direction for a length of time. To overcome such situations is only remedy because for the efficacy of the mantra mind should be under control through which one can concentrate over mantra sadhana. 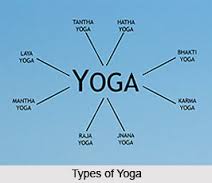 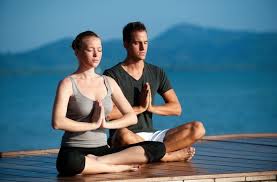 Ashtaanga Yoga, an eight fold (Ashtaang yoga are yam, myam, aasana, pranayam, pratyahar, dharna, dhyan and samadhi) Yogic practice is used as a means of getting rid of affections which is accomplished by attention, contemplation and meditation. It is also called samyama which means control. Through practice of “Samyama” one develops discerning ability and by performing Samyama on diverse factors, various `Siddhis’ are attained. Siddhi is a special psychic power like clairvoyance, ability to heal etc. But the Yogic use “Samyama” ic ►trol) for conquering senses. A true yogi has to be indifferent to his iwers and ought not to exhibit wonders of his ‘Siddhi,s ‘ as this will ‘mire evil by his involvement in the material world again. We will discuss 1.41 taanga Yoga in brief for the use of our readers.

Niyam (Religious observances) The devotee has to be regular in the five things which are cleanliness, satisfaction, power to aftbrd the burden, knowledge of the deity and lastly surrendering to his power. Niyarn should be followed strictly, as mantra sadhana could not be complete without following it in letter and spirit.

Aasana (Posture) There are different aasanas in the yoga which are used while practicing the mantras. This all is called the kriya yoga whose detail is being given for the candid use of the readers

Padmaasana is the first exercise for doing any yogic practice. For the purpose of meditation it is considered the best. It is one of the most relaxing poses after initial knee pains have been over come. Disease like stiffness in the knees and ankles, spine problem, problem related to abdominal organs are toned if this exercise is done in the right manner. For padmaasana first sit on the floor with the legs straight bend the right leg at the knee, hold the right foot with hands and place it at the root of the left thigh so that the right heel is near the naval. Now bend the left leg and hold the left foot with the hands, place it over the right at the foot the heel being near the naval the sole of the feet be turned up. From the back to the neck, the spine should remain straight. The arms may be stretched out, the right hand being placed on the right knee and the left hand on the left knee, the forefinger and the thumb are bent until they touch each other. Keep changing the position of legs to develop them evenly. 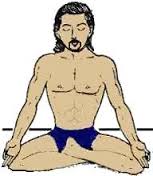 Siddh aasana is used for getting best out of the mantras. It is said that if one masters it he will get siddhis of different mantras. Persons having problem of obesity can practice this aasana easily. This aasana is said to be next in the series of padmasana.

While doing this aasana first of all place one heel at the anus and keep the other heel at the root of generative organ. The feet or legs should be so nicely arranged that the ankle joints should touch each other. Hands are placed straight on the knee joints. The knees should touch the floor during this aasana. The spinal cord should be straight and index figure should touch the thumb so as to form a circle. Sit for fifteen minutes with closed eyes, concentrating on God, this in addition destroys all sins and gets moksha (salvation). In addition, this aasana is useful to cure rheumatism and to keep the system in proper order. 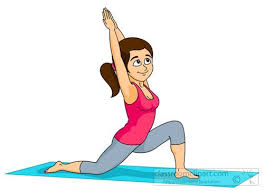 This aasana is also known as guptasana. For treatment related to sexual problems, this aasana is considered good. While doing this aasana keep the feet of left leg near anus. The devotee should note the position of his toes. They should touch the floor. Then put the toes of right leg on the left leg. Hands should be placed straight on the knee joints.

As the name suggests swasti means ‘auspicious’ in English language. In this aasana, the devotee has to fix the foot properly between anus and thighs. In this aasana, the left leg remains below and right leg over it. The heels are fixed on the anus. The devotee has to keep his neck and spinal cord straight, chest broad. This aasana is good for the purpose of dharna, (the process of concentration during which one has to remain for two hours in any one of chakras) meditation, samadhi. During this aasana one can concentrate more and feel relaxed. 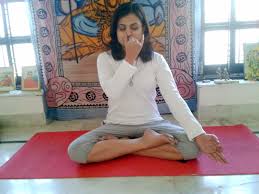 Pranayam is a process which removes all diseases, purifies the veins, steadies the mind in concentration, improves digestion, awakens the kundali increases digestive fire and appetite. Purification of veins will set in quickly and the practitioner will feel a sense of rise or float into the air.

The process of Pranayam starts after sitting in siddh aasana or padmasana. Close your right nostril with the thumb. Breathe the air in wards very slowly through the left nostril. Then close the left nostril also with little and ring fingers ofright hand. Retain the air as long as you can comfortably do. Then exhale very slowly through the nostril after removing the thumb. Halfthe process is over. Now breathe air through right nostril, retain it as before and exhale through left nostril very slowly. This is one round of pranayam. Do twenty rounds in the morning and twenty in the evening. Increase it gradually. Pranayam is of three types i.e., rechak, kumbakh and purak. The devotee is advised to take advice of some yoga teacher before performing the pranayam.

Controlling all body organs which are wandering to enjoy the materialistic world is called pratyahar.

Holding the mind on to some spot or point. Here the mind is to be concentrated on any internal part of the body. 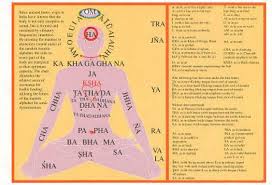 Dhyan is considered a key to unlock many of the secrets of the life. It is an act or process of concentrating, especially the fixing ofclose, undivided attention. It is said that dhyana should be started in the Brahma mahurat. It should be practised at such a place where there are no chances of disturbances. The place told in the tantras for mantra rites should be solitary where the climate should be cool and spiritual in nature. Places, such as banks of sacred rivers, temple, Himalayas, lonely gardens, isolated place in the house where mind is elevated through concentration and meditations are considered good. The best exercise for Dhyana is knows as trataka.

Gazing in a steady manner at a particular point or object without winking to accelerate concentration is called trataka, a yogic exercise to increase the power of concentration. It is an effective method to control the mind and improve the eyesight. To do trataka one has to choose a point on which trataka could be done. It could be a black dot, idol of the deity or Om etc. It is advised that trataka should be practiced for one minute on the first day and gradually the time interval should be increased. During the trataka the devotee is advised to recite the mantra. From trataka one should shift to meditation. By this, one can gain power of mantra Shakti. Samadhi (State of super-consciousness)

It is a contemplative state, where heart and soul becomes one figure which leads to ultimate charm of yoga and mantra sadhana.

Yoga says if the devotee performs regular practice of pranayam hen he could even awaken his kundalani. In classics, it is considered i hr ultimate state of meditation. Awakening of kundalaniopens several loors for the devotee in the field of mantra shastra. Scholars are of the iew that when yoga and tantra are mixed, persons can achieve different spiritual powers and become a siddh person.

Everyone is interested in who they are and where they are headed. Astrology can be used as a guidepost on our journey to ourselves and to our future. Through the synchronicity of the cosmos and the magic of this ancient art/science our soul journey is revealed. In my readings I examine the natal chart and current transits and progressions to uncover the energies of one's true self and one's future. I do not believe there are any "bad" aspects or "bad" planets, but rather all the planetary and aspect energies can be used In my readings I look both at a client's potential as indicated in the natal chart and at present and future energies and opportunities. I am happy to focus on a particular question or area of life as requested.
Previous The Mercury Mantra / Budha Mantra Jaap Vidhi / Mercury Mantra Jaap Vidhi
Next The Jupiter Mantra / Guru Mantra Jaap Vidhi / Brihaspati Mantra / Jupiter Mantra Jaap Vidhi

It is known as “Omkari Japa” means chanting of “Om”. Udgeeth pranayama is the simple ...