Of all the planets, the Sun’s position in Indian astrology is supreme. The Sun is the king of our solar system. Sun is the Lord of Leo. This is the fifth in serial order in the zodiac and signifies habits and temper of a lion. According to Astrology, the Sun is debilitated when posited in Libra and therefore most compassionate and soothing for the native. In debilitation if the sun is otherwise benefic it will not deliver the desired results. Should it be malefic it will be highly damaging for the native. Such people see many ups and down during their lifetime.

The Sun posited in the sixth, eighth and twelfth houses makes it the worse. It signifies father hence, does not tolerate negligence. Besides it also signifies government, the highest administrative post, physician or persons related to medical fields, persons in powers such as bureaucrats, police, progeny, male child etc. As told earlier, Sun stands for power and authority. When one is deprived of happiness through termination of service, suspension or through opponents or diseases etc., worship of the Sun through Surya Namashkar etc., is always advised. Such difficulties are overcome and cure from diseases is achieved.

In a horoscope, the afflicted Sun can give many diseases such as weak eyesight, headaches, erratic blood circulation, heart trouble, dental problems, bone fractures, overheating, fevers, blood pressures baldness etc. Of course, good health is also achieved through pooja of the Sun. The Sun mantra enhances peace of mind, gets favour from superiors, officers and the Govt. By its use, the enemies are suppressed and it eliminates the malefic effects of the Sun. When the Sun is malefic in the birth chart of a native or according to the transit or Moon sign indicates malefic effects, recital of Sun Mantra is very effective and useful. 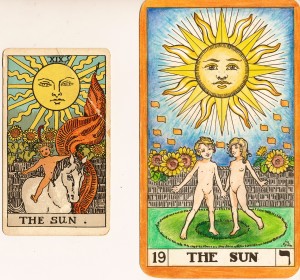 The sage of the Mantra is anginas, metre is tristup, deity of the Mantra is Sun God. The mantra is to be recited for seven thousand times, starting from Sunday. 1/10 of the mantra is performed as homa with the twigs of Aak and of 1 /10 of homa to be done as tarpan and I /10 of that it should be marzan. After that the devotee should donate articles of the Sun. During worship of Sun God the devotee is advised to use idol made of copper. Besides this mantra Surya is also worshipped with Surya stotra and Aditya Hridyam, On Ravi-pushya yoga, start reciting as under:

Take red flowers in your hands and do dhyana as under:

Alter dhyana perform mental pooja of Sun God as under.

Now perform pooja of Sun God by taking rosary in the hand and recite the following mantra for the rosary.

Now start reciting mantra facing towards cast direction. Sun mantra for recital is as under

Everyone is interested in who they are and where they are headed. Astrology can be used as a guidepost on our journey to ourselves and to our future. Through the synchronicity of the cosmos and the magic of this ancient art/science our soul journey is revealed. In my readings I examine the natal chart and current transits and progressions to uncover the energies of one's true self and one's future. I do not believe there are any "bad" aspects or "bad" planets, but rather all the planetary and aspect energies can be used In my readings I look both at a client's potential as indicated in the natal chart and at present and future energies and opportunities. I am happy to focus on a particular question or area of life as requested.
Previous Mantra sadhana during different Mahadashas and Antardahsas
Next The Moon Mantra / Chandra Mantra Jaap Vidhi / Moon Mantra Jaap Vidhi 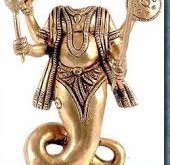